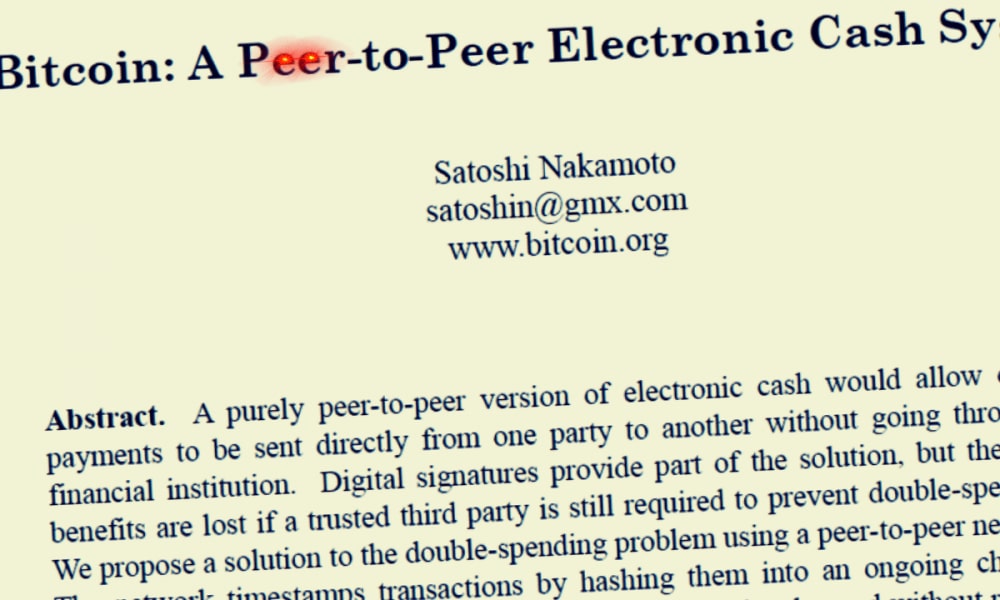 Satoshi Nakamoto is the pseudonym of an unknown individual or group. The white paper describing Bitcoin was first published on The Cryptography mailing list on October 31, 2008. Bitcoin was officially launched when the first block was created on January 3, 2009. This date is more considered the anniversary of the bitcoins.

In this first block, also called the genesis block, Nakamoto integrated the message “The Times 03/Jan/2009 Chancellor on brink of second bailout for banks”. It must be emphasized: bitcoin was not just a technological breakthrough, but also a politico-economic statement.

Nakamoto’s identity has been the subject of much media speculation over the years. However, his, her or their identity has never been confirmed. Satoshi retired from active bitcoin development in 2010. Bitcoin is now an open-source project focusing on censorship resistance.

Anyone can download bitcoin code, inspect it and suggest improvements. These are mainly aimed at fixing critical issues that would threaten its uncensorability, but also other less critical changes.

That said, the bitcoin code tends to ossify and those who would like to add features are invited to do them on top of the bitcoin, on different layers.

For example, instead of increasing the block size to increase transaction speed, it was chosen to create the Lighting Network on a “second layer”. The reason being that larger blocks would have ultimately threatened the decentralization of BTC and therefore its resistance to censorship.

The white paper is a document detailing the engineering bringing to life the first unconsumable monetary system. 14 years ago already.

Bitcoin is a feat of engineering bringing together things like digital signatures, Proof-of-Work, public key cryptography, hash function, timestamps (time-stamp), game theory, adjusting the difficulty of mining Merkle trees and the concept of peer-to-peer networks managed by nodes independent of each other.

Satoshi Nakamoto obviously did not discover each of these elements. These are based on previous work.

The white paper makes eight references that help to understand how the mysterious Satoshi arrived at the requirements for the creation of Bitcoin. In particular Adam Back and his Proof-of-Work Hashcash system. Or even the “b-money”one of the first attempts to create bitcoin, by Wei Dai.

In short, this white paper explains how to create something digital that cannot be duplicated.

The agglomeration of all the finds aroused has enabled this feat to offer the world an uncensorable, stateless currency, available in absolutely fixed quantities, highly divisible and traveling at the speed of light.

Here is a recent video in French made by Cryptojon. He dissects with simple words this white paper quite indigestible for the average person:

Receive a digest of news in the world of cryptocurrencies by subscribing to our new service of newsletter daily and weekly so you don’t miss any of the essential Coin tribune!